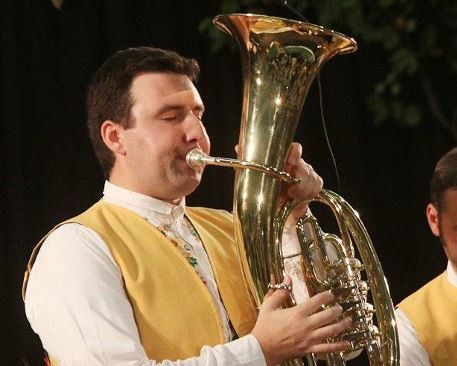 While completing his studies at the Conservatory in Kremsier (with Prof. J. Kummer) and at the Music Academy (AMU) in Prag, Robert Kozánek, born in 1978, was competing in numerous international competitions including: Prager Frühling 1997, Brünn 1997, CIEM 1999 und 2001. He won second prize at the International Trombone Competition held on the south Korean island of Cheju in 2002. He continued his successes in 2003 winning second prize in Lieksa, Finnland, and in the Frank Smith Competition of the ITA (International Trombone Association) in Helsinki.

Robert Kozanek is in demand not only as a soloist, but also as a chamber and folk musician and as a jazz performer. His focus, however, is in the symphony orchestra where he has held the position of solo trombone in the Czech Republic Philharmonie in Prag since 2002. Robert has served as pedagogue on the Music Academy of Brno since 2003.