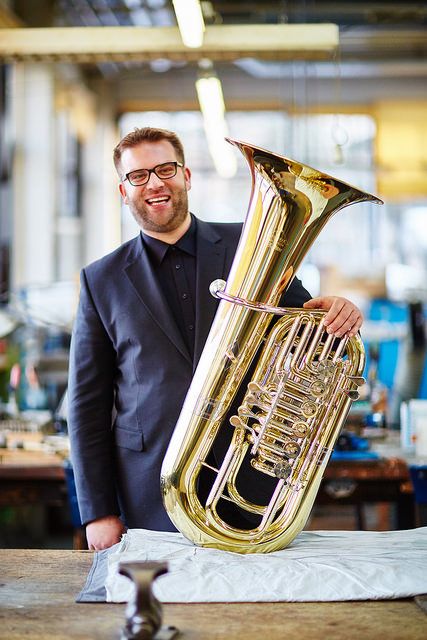 Dirk Hirthe was born in 1984 in Freiburg- Breisgau, Germany. From 1999 to 2004, he was the young student of George A. Monch at the University of Music in Freiburg. He continued his studies with Professor Jens Björn-Larsen at the University for Music and Theater in Hannover, who has since then remained a close friend and mentor. Dirk Hirthe was a scholarship holder of the German MusicLife Foundation as well as prize winner in Marl City and Baden-Württemberg.

As soloist, he has appeared with the Museum Orchestra of Frankfurt, the Bochumer Symphony and the State Orchestra of Baden. From 2007 to 2008, he played as intern with the Stuttgart Opera House. Since 2008, he has been tubist with the State Orchestra of Baden, and is regularly invited as guest to various symphony and opera orchestras in Germany including the Bavarian Opera Orchestra, the Museum Orchestra of Frankfurt and the SWR Radio Symphony Orchestra in Baden-Baden Freiburg. 2008 found him in the Chamber Orchestra of Europe under the direction of Thomas Hengelbrock, and in 2012 he played “Duetto per Tuba” for the American composer, Stephen Mellilo, which can be heard on his newest CD “Chapter 21”. In 2013, Hirthe was invited to play with the Lucerne Festival Brass Ensemble with whom he recorded “Modest Mussorgsky – Pictures of an Exhibition” on CD. 2014 was his debut with the Lucerne Festival itself.

Since 2011, Dirk Hirthe has served as Honorary Professor of Tuba and Brass Chamber Music at the Music University in Karlsruhe. He offers numerous master classes throughout Europe. 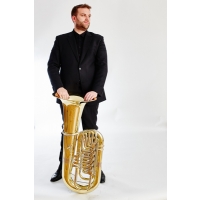 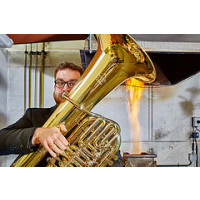 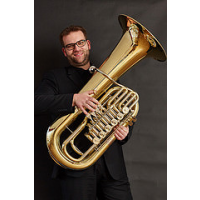