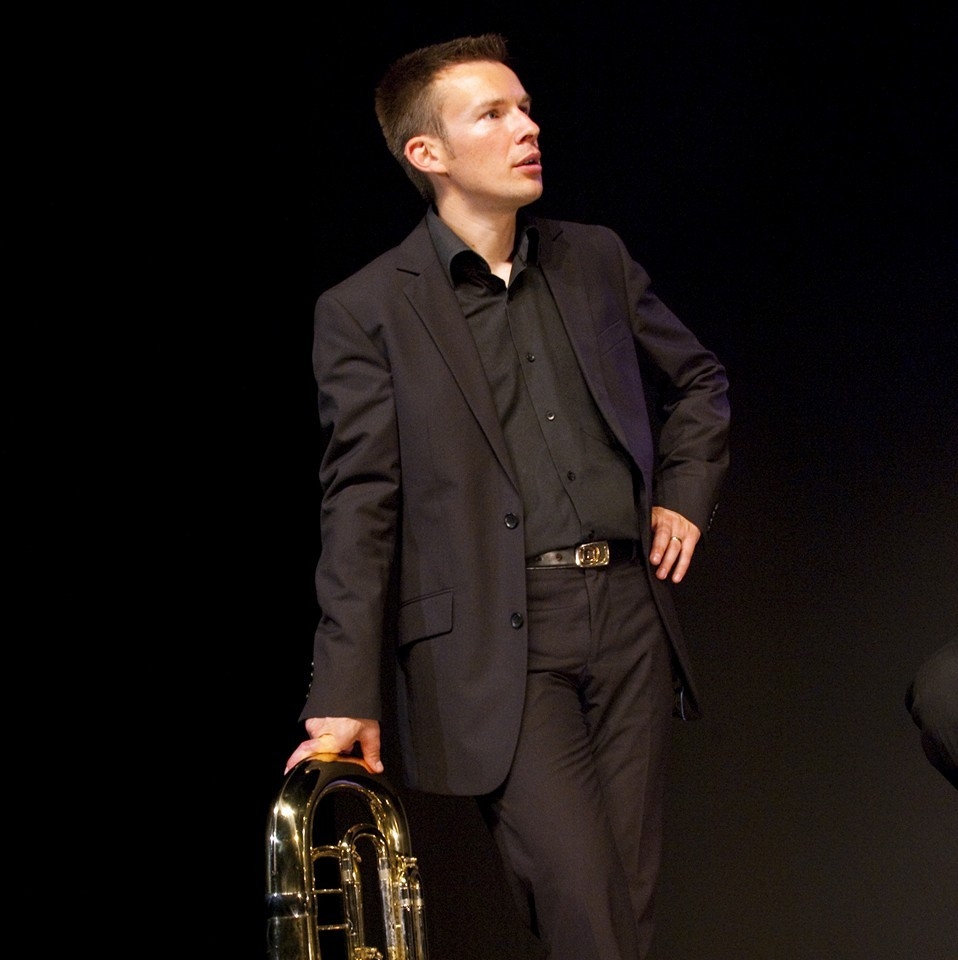 Member of the Miraphone Tuba Quartet

The youngest member of the Miraphone Tuba Quartet, Patrick Couttet was born in Chamonix, France in 1974 where he began studying the euphonium at the age of 11. In 1990, he moved to Lyon where he won first prize from the conservatory after just one year. He then moved on to study at the National Music Academy in Paris until 1995 and, following the footsteps of his colleague Philippe Wendling, received first prize for his mastery of the euphonium.

“Anyone like me who has spent so many years with the tuba begins to wish that it would emerge from its place as background accompaniment and enter the minds of the listeners as a solo instrument. This is the goal of our work in the Miraphone Tuba Quartet,” explains Partick Couttet. He sees the Quartet’s job in lending youth to the image of brass band music. “Very few lovers of classical music recognize the diversity of expression and variety of uses of the deep brass. With our concerts, we want to convince a broader public of how varied and how entertaining brass band music can be.”