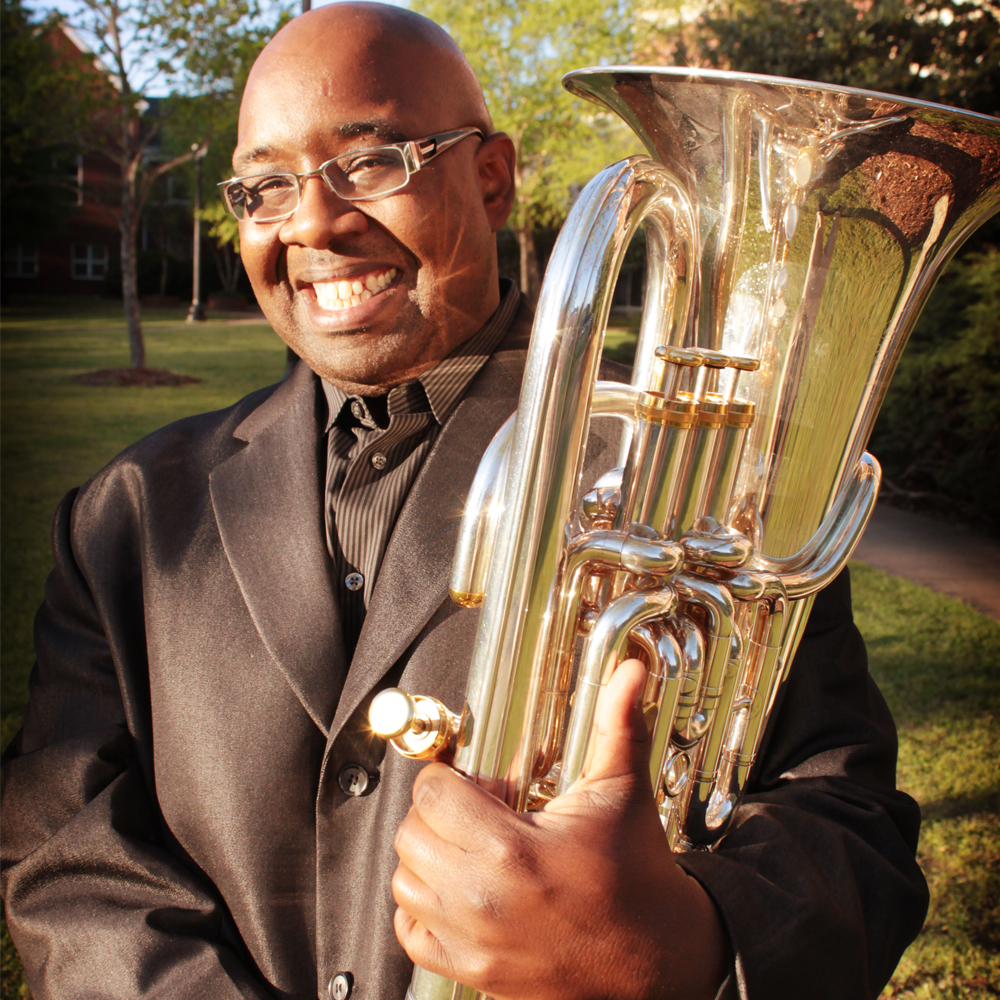 Demondrae Thurman (b. 1974, Tuscaloosa, Alabama) is considered one of the stars of the formidable generation of brass soloists. His euphonium playing has been described as “awe inspiring”, and he is touted as “an amazing musician”. Demondrae has a firm international reputation as a euphonium soloist having performed in France, Germany, England, Norway, Romania, and throughout North America. Many of America's premiere colleges and universities have hosted him as a performer and teacher and he continues to be in high demand. Over the last ten years, Demondrae has been an invited guest artist/clinician at many of the world’s prestigious euphonium festivals including the International Tuba/Euphonium Conference, U.S. Army Band Tuba and Euphonium Conference and the Leonard Falcone Competition. His primary teachers are John Stevens, J. Michael Dunn, James Jenkins, and Daniel Drill.

Demondrae is also an active chamber musician. He plays first euphonium and trombone in the highly regarded Sotto Voce Quartet which tours extensively. The quartet has released three recordings on the Summit Records label; all of which have received stellar reviews. Viva Voce!: The Complete Quartets of Johns Stevens won the International Tuba/Euphonium Association award for best chamber music recording in 2006. The quartet has been featured several times on American Public Media’s, Performance Today. He also plays first baritone horn in the Brass Band of Battle Creek, a British brass band comprised of many of the world’s best brass and percussion performers. In addition to his chamber music work, Demondrae is in demand as a euphonium specialist for symphony orchestras including the Atlanta, Eastern Music Festival, and North Carolina Symphony Orchestras.

In addition to the Sotto Voce Quartet recordings, Demondrae released his first solo recording on the Summit Records label in 2005 entitled, Soliloquies. It received a 9 out of 10 from classicstoday.com and he was referred to as “having earned (his) stripes as one of the premiere euphonium players in the world”. Showing his dedication to new music, all of the music on the recording was written for him or with his playing in mind. His second release, Songs of a Wayfarer, is set for release in 2010. Demondrae can also be heard on recordings with the Atlanta Symphony Orchestra, Brass Band of Battle Creek, and the New South Jazz Orchestra.